The ARB Module keypad has 5 keys; the top three are associated with alarm screen operation, the bottom two with the Bluetooth interface and Buzzer operation. See Figure 235 below: 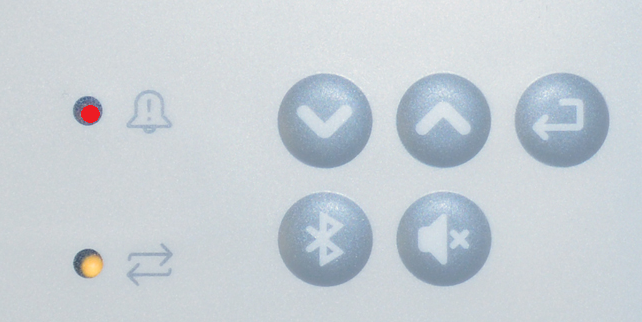 The ARB Module has 3 LEDs:

The Red LED flashes to indicate that alarm screen(s) are available to view on the OLED display; see Alarm Screen.

The Amber LED indicates the network status. At power up, the Amber LED will flash quickly while network settings are acquired, before switching to a slow flash while connecting to the Hanwell IceSpy server and, finally, progressing to solidly on, once connected to the EMS Server.

The Green Power LED illuminates during normal operation; it will go off during a Power Fail condition.